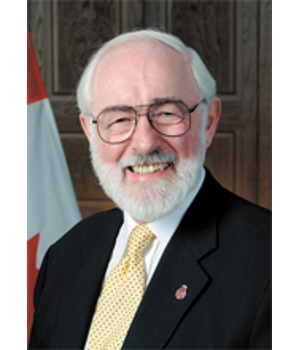 Dr. James (Jim) Boutilier (ret) was the Special Advisor in International Engagement at Maritime Forces Pacific, the Royal Canadian Navy’s (RCN) west coast naval formation for 23 years, where he was responsible for advising senior RCN leadership on current geopolitical and maritime security issues in the Indo-Pacific. Prior to his appointment, Dr. Boutilier taught history at the Royal Roads Military College for 24 years. He has published widely on international defence and security issues, including “RCN in Retrospect” (1982), and in Asia-Pacific Defence Reporter and Canadian Institute of International Affairs.  Dr. Boutilier earned his Ph.D. in History from the University of London, his M.A. in History from McMaster University, and his B.A. in History from Dalhousie University. 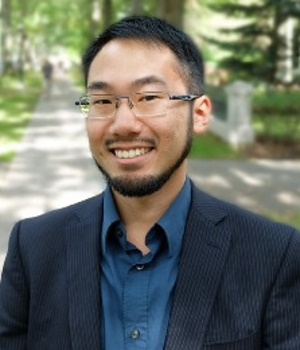 Mr. Tim Choi is a doctoral candidate at the University of Calgary’s Centre for Military, Security, and Strategic Studies (CMSS), where he is researching seapower and maritime strategy in the 21st century, and the influence of the UN Convention on the Law of the Sea on the maritime strategies of countries with smaller navies in peacetime, with case studies involving the circumpolar countries of Denmark, Norway, and Canada.. He served as the 2017-18 Smith Richardson Predoctoral Fellow in Naval, Maritime, and Strategic Studies at Yale University, under the mentorship of Professor Paul Kennedy. Mr. Choi received his Master’s of Strategic Studies from CMSS, where his thesis looked at the challenges facing the US Navy in the realm of mine warfare and the strategic consequences of this capability gap. 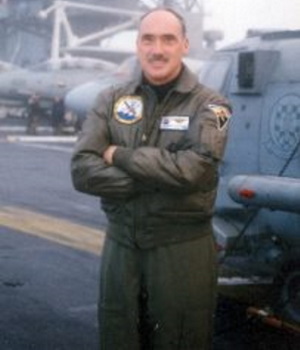 Command and Control Center of Excellence

Captain (United States Navy retired) George GALDORISI is Director of Strategic Assessments and Technical Futures at the U.S. Navy’s Command and Control Center of Excellence in San Diego, California. Prior to his current post, he completed a 30-year career as a naval aviator, including 14 years of service as executive officer, commanding officer, and chief of staff, including two aviation commands and two shipboard commands. His last operational assignment spanned five years as Chief of Staff for Cruiser-Destroyer Group Three, embarked in the USS Carl Vinson and USS Abraham Lincoln for deployments to the Western Pacific and Arabian Gulf. Mr. Galdorisi has written 10 books, including the New York Times best seller Act of Valor, the novelization of the Relativity Media film, and The Kissing Sailor, which proved the identity of the two principals in Alfred Eisenstaedt’s famous WWII photograph. Additionally, he has published more than three hundred articles in professional journals and newspapers, including MIT Management, Harvard International Review, Ocean Development and International Law, Naval Institute Proceedings, Wall Street Journal, Naval War College Review, and Joint Forces Quarterly. Mr. Galdorisi graduated from the U. S. Naval Academy and holds a Master’s Degree in oceanography from the U.S. Naval Postgraduate School, and a Master’s Degree in international relations from the University of San Diego.

“The Navy Needs AI, It’s Just Not Certain Why” 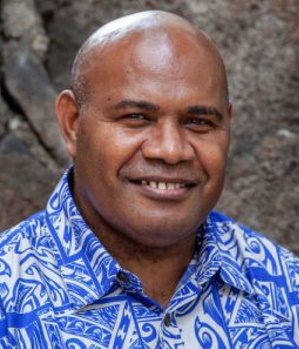 Dr. Tarcisius Kabutaulaka is an associate professor at the Center for Pacific Islands Studies at the University of Hawaii at Manoa.  Prior to joining the Center in 2009, Dr. Kabutaulaka was a research fellow at the East-West Center’s Pacific Islands Development Program for six years, and he taught history and political science at the University of the South Pacific in Fiji. He is also the editor of the Pacific Islands Monograph Series, the founding editor of Oceania Currents, a member of the editorial board of The Contemporary Pacific, and has published extensively on the Solomon Islands, Australia’s interventions in the Pacific Islands, and China in Oceania. Furthermore, Dr. Kabutaulaka served as a chief negotiator in Solomon Islands peace talks in 2000, amid ethnic conflict from 1998-2003. He received his PhD from Australian National University and his undergraduate and Master’s degrees from the University of the South Pacific. 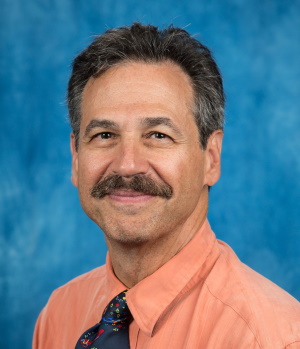 Gary C. Kessler, Ph.D., CISSP, is a principal consultant at Fathom5, providing secure operational technology and maritime IT systems, and president of Gary Kessler Associates (Ormond Beach, Florida), a consulting, research, and training company specializing in maritime cybersecurity, digital forensics, and network protocols. He is the co-author of “Maritime Cybersecurity: A Guide for Leaders and Managers,” 2nd ed., a Non-Resident Senior Fellow at the Atlantic Council, and a retired professor of cybersecurity. Gary has been involved in the information security field since the late-1970s; his latest research efforts have been related to AIS security. He is a member of the U.S. Coast Guard Auxiliary, where he holds a national-level cybersecurity position, is active in National Marine Electronics Associates (NMEA) standards development, is a SCUBA instructor, and holds a 50 GT merchant mariner credential. More information can be found at https://www.garykessler.net. 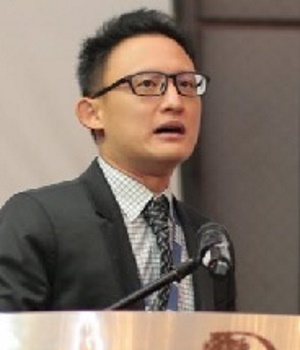 Institute of Defence and Strategic Studies

Dr. Collin Koh Swee Lean is a research fellow at the Institute of Defence and Strategic Studies in the S. Rajaratnam School of International Studies (RSIS) at Nanyang Technological University (NTU) in Singapore. Dr. Koh has written extensively on naval and maritime security affairs in Southeast Asia, including “Naval Modernisation in Southeast Asia, Part Two: Submarine Issues for Small and Medium Navies” (with Geoffrey Till), and routinely publishes in outlets such as The National Interest, South China Morning Post, The Diplomat, and Channel News Asia. He has also taught the Singapore Armed Forces professional military education and training courses. Dr. Koh earned both his Ph.D. and M.A. degrees from RSIS, and his B.Eng. from NTU.

Collin Koh Swee Lean, “Intelligence, Surveillance, and Reconnaissance in the South China Sea,” in Leszek Buszynski and Do Thanh Hai (eds.), The South China Sea: From a Regional Maritime Dispute to Geo-strategic Competition 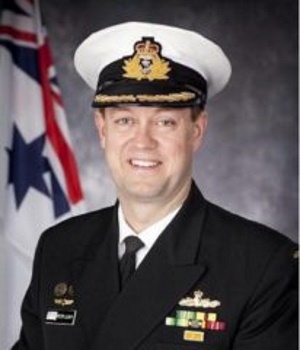 Commodore Leavy joined the Royal Australian Naval College in 1984 and transferred to the inaugural graduating year of the Australian Defence Force Academy in 1986. In 2002 he completed the Australian Command and Staff Course, graduating with a Masters of Management (Defence Studies). In January 2003 he posted to Navy Headquarters in Canberra as the Deputy Director Future Maritime Warfare, but was immediately seconded as the Chief of Staff to Commander Task Group 633.1 operating in the North Arabian Gulf during OPERATION FALCONER (Iraq). He was selected to command HMAS Stuart in 2004, and later assumed duties as the Director of the Sea Power Centre – Australia upon promotion to Captain in January 2007. In 2011 he was posted to Canberra as the Director of Navy Personnel Policy in August before being promoted to Commodore and posted as Director General Navy People in May 2012 and then as Commodore Warfare in January 2013. He posted as the Australian Naval Attaché to the United States in June 2016 and joined the Australian Defence Force Academy as Commandant on 11 February 2019. CDRE Leavy holds a Bachelor of Science (Hons), Master of Arts (Maritime Policy) and a Master of Management (Defence Studies). 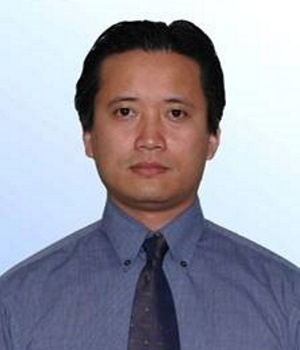 Dr. Nguyen Hung Son is Director-General, Head of the Institute for the South China Sea (or Bien Dong Institute for Maritime Studies) of the Diplomatic Academy of Vietnam. Prior to his current designation, Nguyen Hung Son was Deputy Director-General of the Institute for Strategic Studies at the Diplomatic Academy of Vietnam. His research focused on major powers relations and foreign policies, regional security governance, particularly maritime security, and the foreign policy of Vietnam. As a diplomat, Dr. Nguyen served as Minister Counselor of the Vietnam Embassy in Ottawa, Canada, and Second Secretary of the Vietnam Embassy in Stockholm, Sweden. He also served as Director of Political Affairs Division at the ASEAN Department of the Ministry of Foreign Affairs, during which period he extensively participated in regional summits, and had hands on experience on many regional processes and issues involving ASEAN. He was member of the Vietnam High Level Task Force delegation negotiating the ASEAN Charter in 2006-2007. Dr. Nguyen acquired his BA degree from the National Economic University of Vietnam, an MSc degree on International Economics from Birmingham University of the United Kingdom, and a Ph.D on International Relations at the Diplomatic Academy of Vietnam. 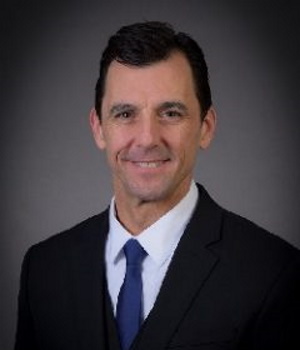 Dr. Michael PETERSEN is an Associate Professor and the Director of the Russia Maritime Studies Institute at the US Naval War College, where he focuses on high-intensity maritime warfare, and Russia’s naval capabilities. Prior to his current appointment, he served in a variety of advisory and policy positions in the US government. He is the author of “Missiles for the Fatherland: Peenemuende, National Socialism, and the V-2 Missile”, and he has published in outlets such as The National Interest and War on the Rocks. Dr. Petersen earned his PhD in history from the University of Maryland.

“The Naval Power Shift in the Black Sea” 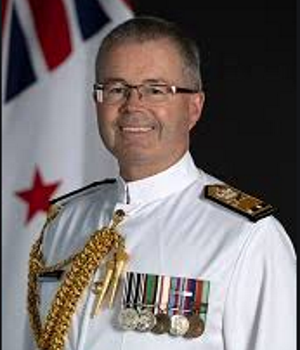 Rear Admiral (RADM) David Proctor was born in Napier, New Zealand and joined the Royal New Zealand Navy (RNZN) as a Midshipman in January 1987. RADM Proctor assumed the role of Chief of Navy on 29 November 2018 following numerous senior positions within the New Zealand Defence Force, including Deputy Commander Joint Forces New Zealand and Acting Vice Chief of Defence Force from July to September 2018. RADM Proctor has held a number of senior logistics posts during his career, including operational logistics appointments at sea and overseas. His operational service includes a deployment to the Solomon Islands and being appointed Chief of Logistics, United Nations Mission and the New Zealand Senior National Officer in Support of East Timor. Whilst RADM Proctor’s early shore-based appointments were primarily in the Human Resources arena, he also has staff experience in capability development and delivery. Most notable was his appointment as Deputy Assistant Chief of Capability and Director Capability Portfolio Planning in 2013-14. Following on from his promotion to Commodore and appointment to Commander Logistics in December 2015, RADM Proctor was posted at short notice in March 2017 to the position of Chief of Defence Strategy and Governance. This appointment saw him as a member of the New Zealand Defence Force (NZDF) Executive and as a permanent advisor to the NZDF Board. RADM Proctor has a Masters in Management (Defence Studies), a Masters in Politics and Policy, and is a graduate and fellow of the Centre for Defence Strategic Studies (Canberra). He is a member of the New Zealand Institute of Directors and has also been awarded a Deputy Chief of Navy Commendation. 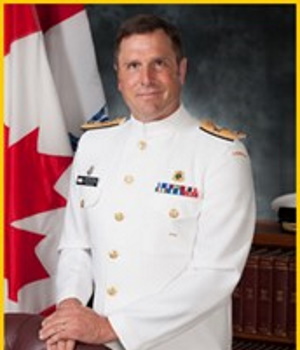 Commodore Angus Topshee joined the Canadian Armed Forces in 1990 and spent his first four years at the Royal Military College of Canada, including a six-month term on exchange at the Australian Defence Force Academy. Upon graduation from RMC, he earned a Masters of Literature in Strategic Studies from the University of Aberdeen in Scotland. After six years of schooling, Cmdre Topshee started formal officer training in 1996 and then joined his first ship, HMCS Winnipeg, in 1997.

Cmdre Topshee’s command roles began with an appointment as the Executive Officer of HMCS St. John’s in 2006 and HMCS Toronto in July 2007. In July 2009, he began serving as Commanding Officer of HMCS Algonquin, the flagship of Canada’s Pacific Fleet, with deployments including Op PODIUM (security for the Vancouver 2010 Olympics), and Op PACIFIC AMISTAD (a five-month deployment in the central and western Pacific). After completing his command of Algonquin, Cmdre Topshee deployed to Afghanistan as part of the NATO Training Mission – Afghanistan, where he spent a year in Kabul as the Director of Afghan National Police Training Operations. Upon his return from Afghanistan, Cmdre Topshee spent six months working with the Canadian Fleet Pacific Staff leading up to his role as the Director of Operations for RIMPAC 2012.

From the summer of 2012, Cmdre Topshee assumed command of Canadian Forces Base Halifax for three years, was then assigned as the Deputy Director of the Strategy, Policy and Plans Directorate North American Aerospace Defense Command (NORAD) and United States Northern Command (USNORTHCOM) in Colorado. He assumed his current role as leader of Canada’s west coast naval fleet in July 2018.